How To Use The Forex Session Clock In Trading? 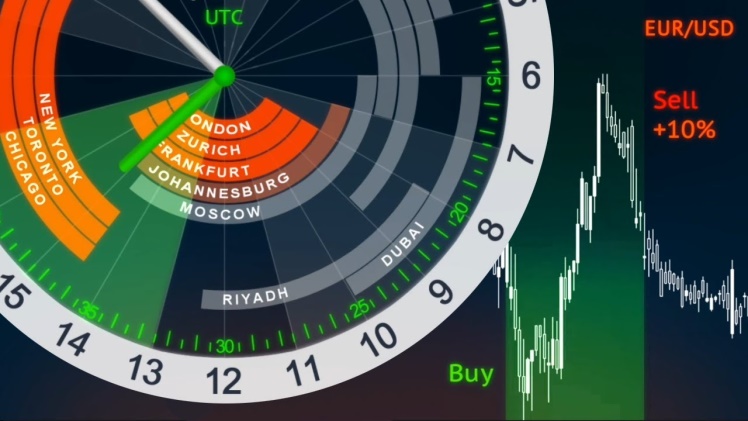 Whether you are new to Forex trading or you have been trading for years, the Forex session clock can make your day-to-day trading life easier. It’s important to know what time the market opens in different parts of the world so that you can plan your day accordingly. The major participants in the Forex market are commercial companies and central banks. The market is open around the clock, and traders can trade from anywhere in the world.

Asian Markets Are The First To See Action

During the forex trading session, the Asia markets are the first to see action. These markets are dominated by the Japanese yen and the Australian dollar, and the movements in these two currencies can be large and volatile. These are the main currency pairs that are traded during the Asian session, but other forex pairs are also commonly traded.

Using the European forex session clock in trading can be a bit daunting. There are many things to remember, but the most important one is to stay sane. There are numerous false signals to be found in the forex market, so it’s important to keep a level head. The European session is also known as the London session. Most of the world’s largest banks have dealing desks in London. This makes the city a great trading center for any trader, but the American session trumps it when it comes to market volume. The European session has a lot of activity, especially on the Eur and Gbp pairs. The best part is that these pairs are highly liquid. The liquidity can be used to boost the average hourly move of the major currency pairs.

The best time to take advantage of this is during the morning hours. This is when most of the major economic releases are made. These releases can be the basis for some pretty interesting price movements. Using the forex session clock to track the market can be a useful tool to help you make trading decisions. This can be especially useful when you want to take advantage of the large price swings that often occur around news releases.

The most important data release to watch for is probably the US Non-Farm Payrolls, which is released on the first Friday of every month. This report tabulates jobs added or lost in the United States for a given month. The release has an immediate impact on short-term market movements, and can trigger stop losses. Other important data releases to be aware of include the trade balance, unemployment, and inflation. In recent years, these have all been a focus of attention, due to their potential influence on the economy.

As a rule of thumb, the most important economic data releases are usually released between 6:30am and 8:30am local time in the US. The same applies to currency exchange rates, which are typically driven by expectations of monetary flows and GDP growth. Using a 24-hour stock exchange could be beneficial for both investors and traders. It can offer additional trading opportunities, but it may also cause more volatility. It’s important to determine the best times to trade and when to stay away from the market.

Traditionally, the stock market has three peak activity sessions. These include the North American session, the European session, and the Asian session. Each of these sessions has different levels of activity. The EUR/USD pair tends to have the most movement during this time.

During the first hour of trading, a higher volume of shares will trade. This doesn’t necessarily mean more volatile prices. It simply means more shares are available for trading. This increases liquidity and allows for tighter bid ask spreads. The second busiest trading session is the North American session. This time frame is sometimes referred to as the New York session. This time is when traders can place limit orders. After trading has ended, these orders must be placed again when the market opens the next day.